“I achieved my dream of teaching in Japan!” 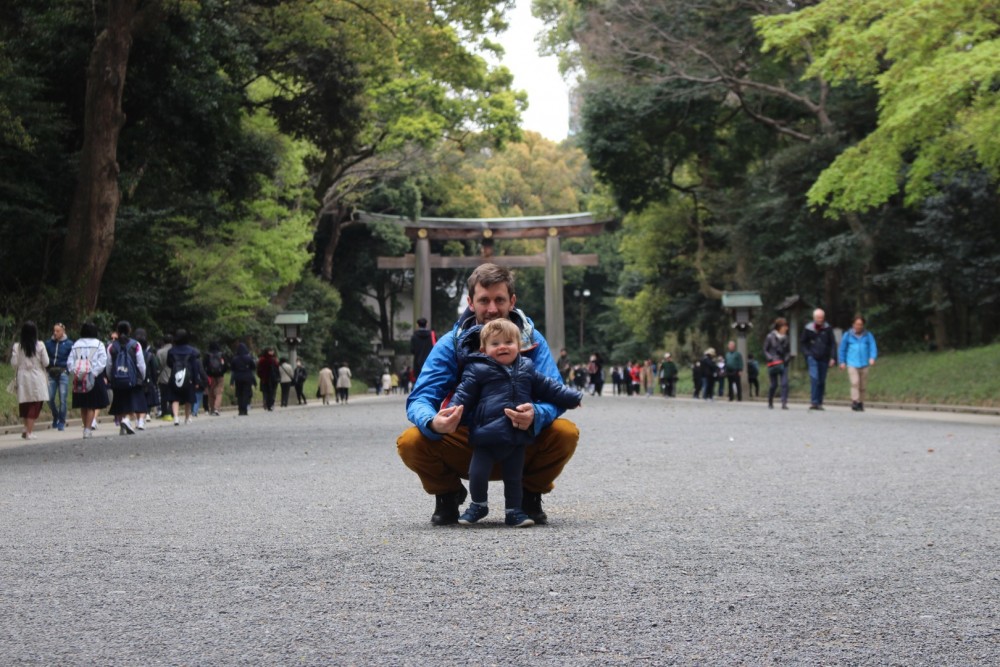 Chris Walsh’s OU journey started while he was working as a chef in Germany. At 32-years-old, he knew that he didn’t want to spend his entire career ‘running around kitchens working crazy hours’ and that understanding the local language would be a big plus in helping him to land a new job.

“I started studying a German and Spanish Languages degree with The Open University as I wanted to learn German and couldn’t get regular free time to attend classes while working,” Chris explains. “I have always been interested in languages ever since I was young. Learning German was my priority when I started the course and I thought Spanish would be the most useful as there are so many Spanish speakers in the world. Studying part time was difficult at first but I loved the flexibility.”

Studying around the world 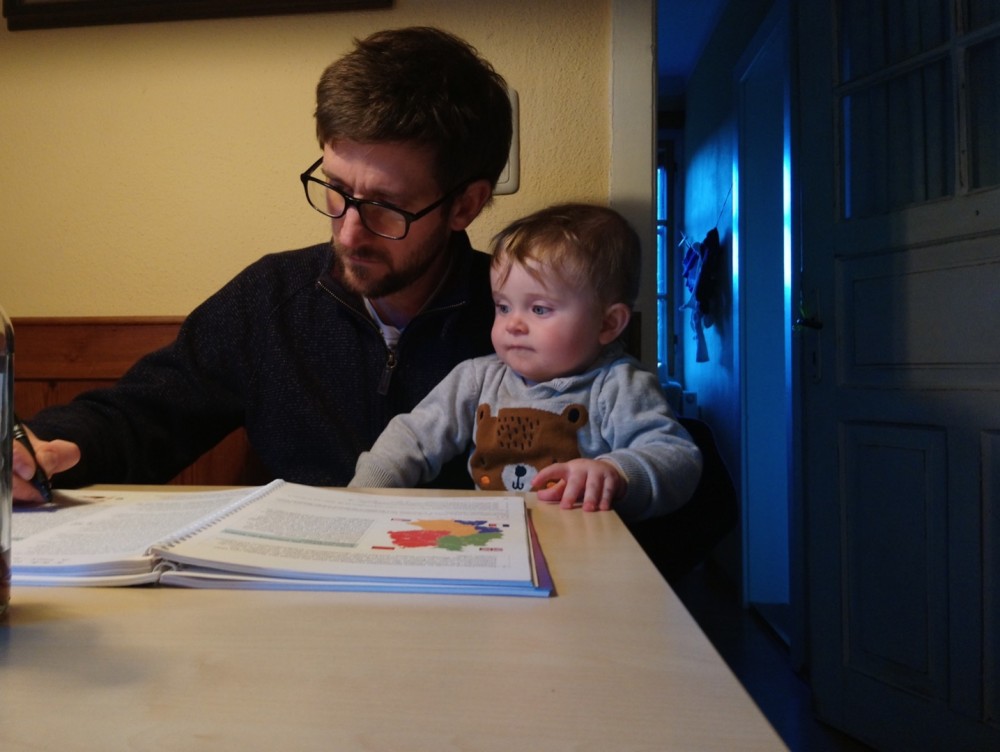 Two years into his six-year qualification, Chris got married and moved with his wife from Germany to Austria. With so much competition for work, Chris says that being able to better understand German ‘definitely helped’ with his employment. Then, in the middle of his penultimate module Chris’ life became even busier as he and his wife welcomed their new son into the world.

“I was working full time, six days a week, looking after my son while my wife worked (she worked opposite shifts to me), volunteering as an English teacher to get some experience and studying part-time up to the end of my studies.”

Despite juggling so much, Chris says that support from his OU tutors helped him to feel like he wasn’t alone and was part of a community.

“My tutors were amazing! They were flexible and very understanding when I needed more time or had a problem. I remember once I had a technical issue and couldn’t log on to an online tutorial. My tutor understood that I had taken time aside to attend the tutorial and invited me to a new tutorial with her the next day, which was effectively a one-to-one Spanish lesson! That was amazing and helped a lot.”

Towards the end of his last module, Chris decided to ‘take a punt’ and applied to work as an Assistant Language Teacher for JET (Japan Exchange and Teaching Programme). Chris had previously wanted to apply to the programme twenty years before this but couldn’t, as the programme requires applicants to have a degree. With his degree within reaching distance, Chris was finally able to realise this long-held ambition.

“In the midst of studying, working, looking after my son, I managed to collate the most complex and difficult job application of my life. I remember crying when I dropped it off at the post office and I knew that it would arrive in time. Unbelievably, I got an interview. I had to fly to London to interview at the Embassy and to my utter amazement I got the job!”

‘My job has meaning again’ 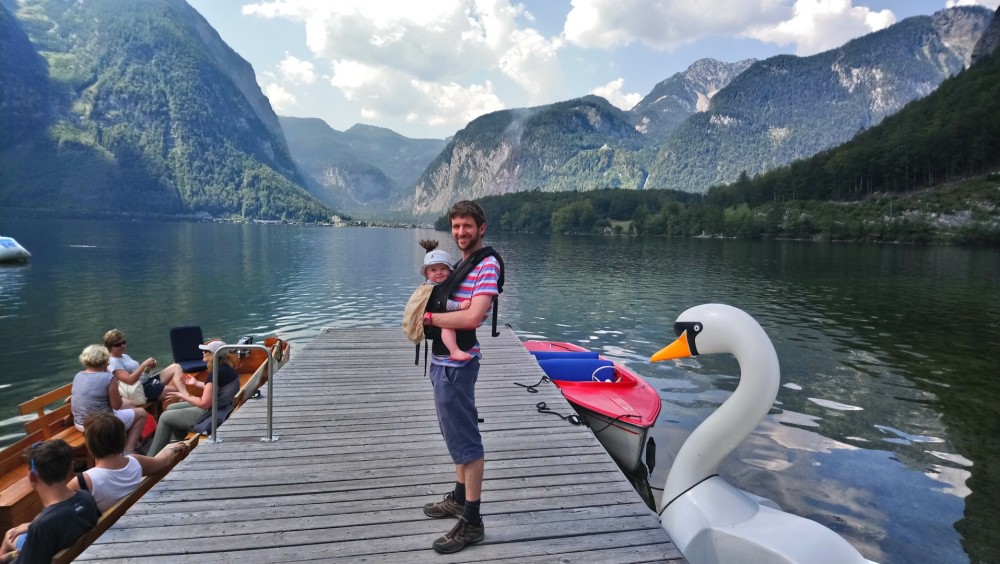 A month after finishing his Languages degree and becoming an OU graduate, Chris and his family moved across the world to live in Niigata, Japan, a move he calls ‘exhilarating and terrifying!’ Chris teaches at a junior high school and says that despite being tough, his job ‘has tremendous meaning again’. He is even learning Japanese again – the first language he ever became interested in thanks to his love of the Super Nintendo as a child!

“This is all possible because of the flexibility of the OU in allowing students to study around other commitments. I love that so many people who wouldn’t normally be able to get a degree are able to through the OU, me included! Just think, if my boss had given me regular shifts in Germany all those years ago, I might never have signed up to the OU and I might never have realised my dream of working in Japan.... I feel quite thankful of my stubborn old head chef in Germany!”

When asked if he had any advice for others considering chasing their dreams through the OU, Chris said to ‘go for it!’

“It was a very tough but rewarding experience. The memories will stay with you for life. Be sure you have an end goal though, having a plan will help you through the tough days. Even if that plan may need to be adapted during your study, it will help to motivate you.”

Welcome to the OU Alumni Association

Qualifying with the OU is a huge achievement – congratulations and welcome to the OU alumni family. This is the place to stay up to date with your university, share your story and be inspired by your fellow alumni. Here’s how…

‘We inspired each other to keep going’

When Laura Barrett and Jon Thrower realised they were both studying for degrees with the OU in Wales, a friendship, romance and study partnership began to blossom! Both are part of the OU Class of 2020.

‘Hearing "I’m proud of you Mum" made it all worthwhile’

Having failed the 11+ exams at school, OU alumna Jean Woodward always believed she was worth more. It wasn’t until her fifties, when Jean enrolled with the OU, that she was finally able to prove that she was correct.

You worked hard for your qualification. Now the OU’s Careers and Employability Services are here to help you make it work for you. For three years after you qualify, you’ll have access to all of our services, including one-to-one guidance, career learning and employer events. After that, you’ll still have access to a wide range of useful careers advice and resources on the OU Careers website.